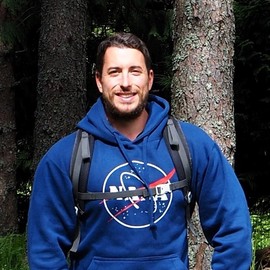 I currently work at Safran Data Systems (a Safran Electronics & Defense subsidiary), in the Space & Communications business unit. I focus on hardening and securing our embedded Windows 7 and 10 platforms, among other cool things :)

Previously, in October 2018, I started a PhD thesis at CEA-List and ANSSI to work on formal methods applied to software security. More specifically, I was working on software defenses and hardening against hardware vulnerabilities, such as Spectre and Meltdown, using sound static analysis tools ( Frama-C in particular).

My thesis was under the supervision of Julien Signoles (CEA), and my advisors were Patricia Mouy (ANSSI) and Florent Kirchner (CEA).

Unfortunately, we had to put a stop to the thesis, but hey, that’s life !

Before that, I graduated in August 2018 from ESIEA Paris, a French computer engineering school. During my graduate studies, I was an apprentice at Bureau Veritas’ R&D center in La Défense, Paris.

I worked in the RAMS department, and my main areas of work were:

Do not hesitate to get in touch if you want to chat about these topics (or anything else, really) !